Gotland Sweden Game Studio Working on First PC Title Due Later This Year
GOTLAND, SWEDEN – July 11, 2011 – ThreeGates, a new studio focused on the creation of online multiplayer and Co-Op Games, was announced today. After forming in late 2010, the company has come out of stealth mode as it leads up to the announcement of studio’s first game next week. With a team of 25 game developers, ThreeGates will start showing off some of the studio’s work from the past eight months of pre-production and production as it works to ship its first title before the end of 2011.

“ThreeGates is the result of an incredibly talented group of people that has come together in Sweden with the sole purpose of making great games,” said Don Geyer, CEO of ThreeGates. “We see online Co-Op, as something that the market is really wanting right now, so we’re working hard to fill that void and give gamers a game that they will want to play.” 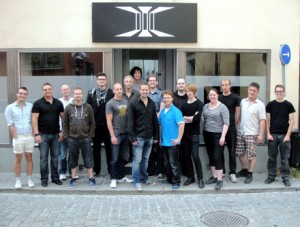 On the Swedish island of Gotland lies the World Heritage City of Visby, a Hanseatic harbor city encircled and fortified by a city wall since medieval times. If you venture to the heart of the city, through narrow streets paved with cobblestone, you might just find the offices of Three Gates